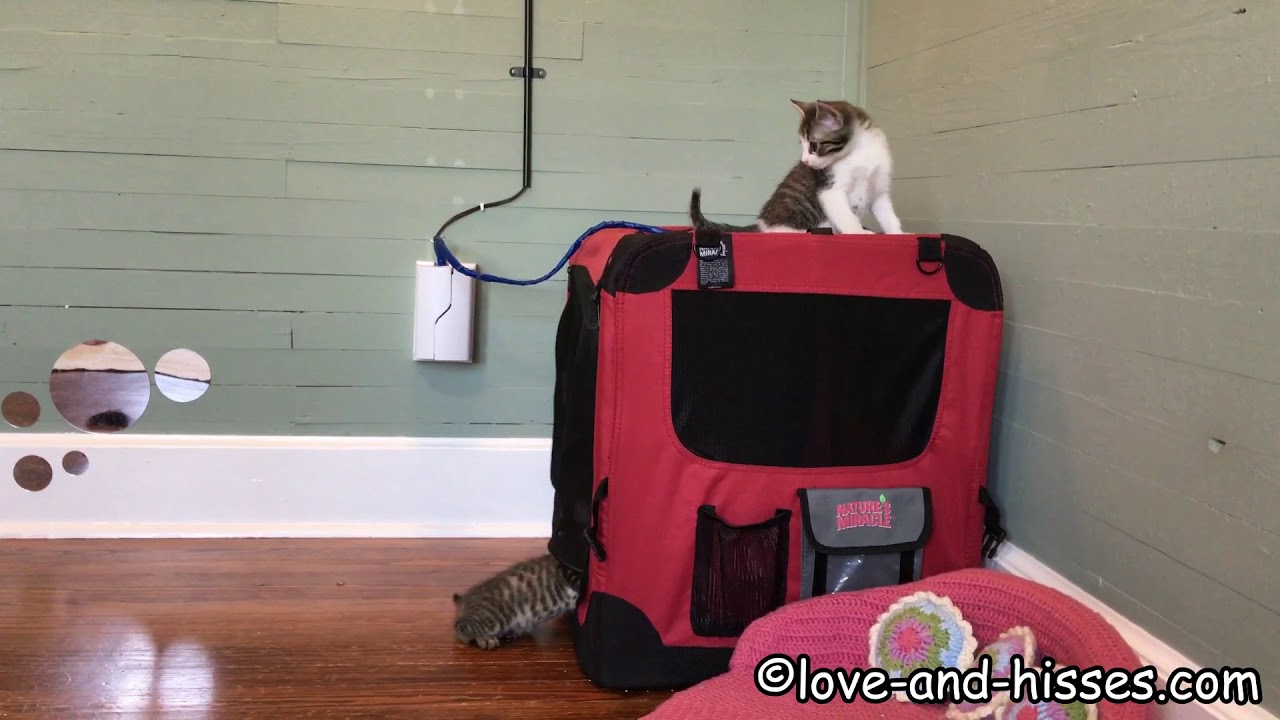 I half expected Hubble to go skittering sideways onto the floor!

Mercury was part of a group of outside cats who were being fed by a family. Unfortunately, the people (who were renting) moved, and the landlord said that they had to take the cats with them. They couldn’t, and so area rescues stepped up to help. She came to us on August 7, 2017. We thought for sure she’d have those babies immediately, but she waited to lull me into complacency, and in the middle of the night while I was sleeping, she had her babies. She had six kittens, but unfortunately one passed away when they were only a day old. The other five kittens – and mama Mercury – are doing great. In these videos, you will see black and white cow kitty girl Phoenix, brown tabby and white boy Hubble, and brown tabbies Stardust (girl), Telstar (boy) and Aurora (girl).