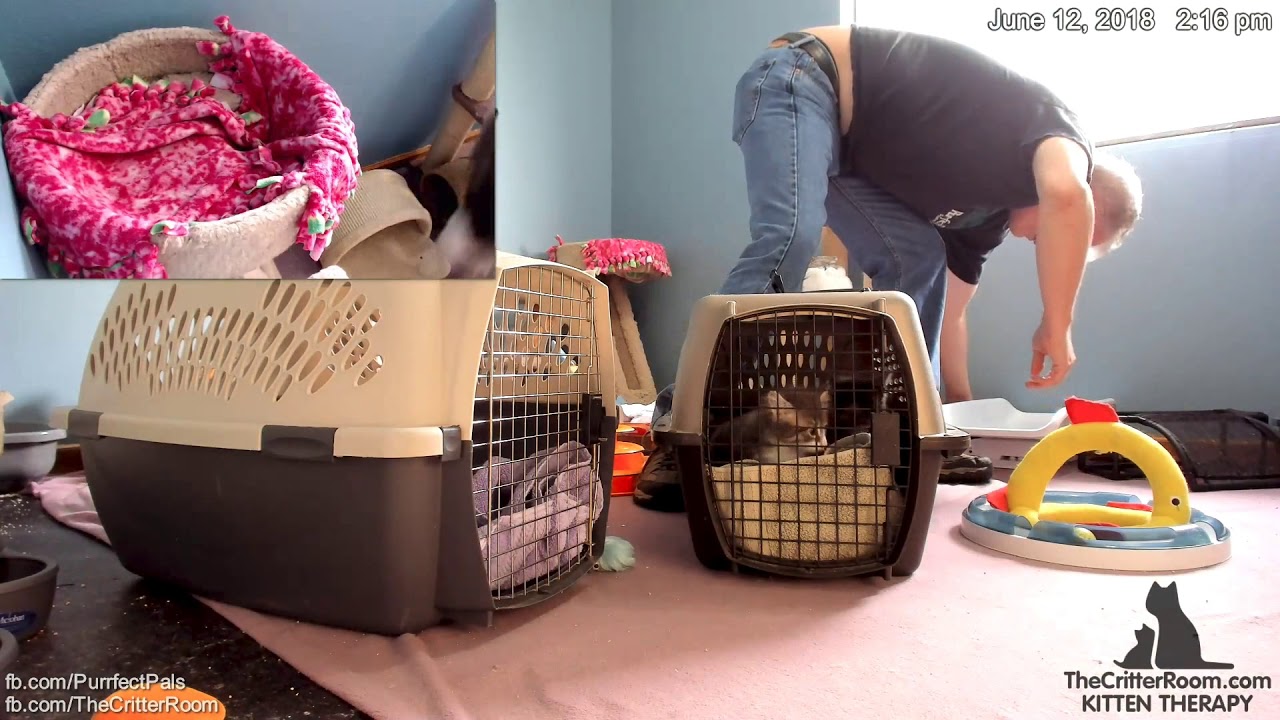 Time to wake ’em up, pack ’em up, and head ’em out! It’d be nice if they made a pit stop at the litterbox first, but they seem uninterested in doing so. Off for shots and checkups, they’ll be back in a few hours.

Mama Gamora, and her five little Infinity Kittens who were born in the evening on April 14th. John was going to do a gemstone theme for his 60th litter, but mama came named Gamora, so the babies are named for stones resembling the Infinity Stones in Guardians of the Galaxy. The darkest one is Jasper (boy), the “wee one” is Amber (girl, one sharp white stripe on her nose), and the three middle grey ones are Topaz (boy, white muzzle), Kyanite (girl, white “crown” on nose – pointed white middle bit), and Alexandrite (boy, brown grey face with straight white stripes on nose). Identification Pictures: https://goo.gl/hMZuq4. Mama Gamora is estimated to be about a year old.